Antibiotics versus Flax? You lose. 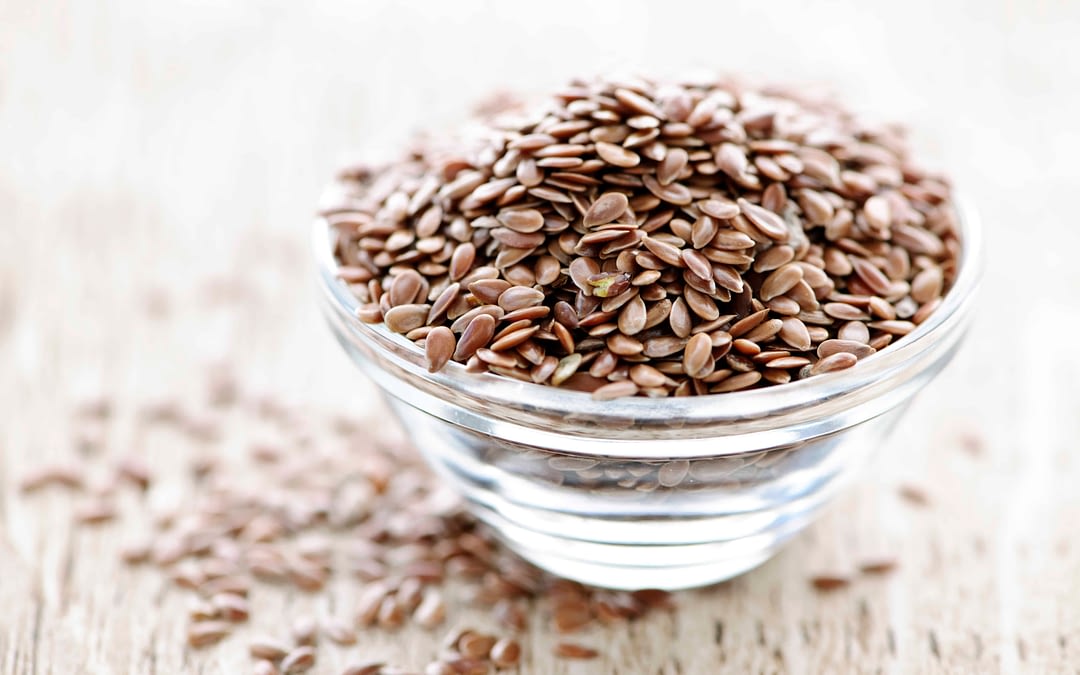 In the complex world of hormones, it’s not uncommon for women to experience periods of ‘better’ or ‘worse’ coverage of their symptoms with the treatments offered. Women can go months with reduced hot flashes, better sleep and mood, and then suddenly report a return of symptoms, or ‘breakthrough’ symptoms despite treatment. On deeper investigation we can often find changes in the rest of a woman’s health that may have interacted with her hormones in a way that renders her treatment less effective. Alcohol, stress, caffeine and other drugs can interfere with the complex system female hormones operate under, and can make women feel their treatment isn’t working, when in fact, the effect is being dampened by something else.

Ground flax seeds are a staple treatment for both pre and post menopausal women. Even though flax seeds do not change blood levels of estrogens, they improve estrogen ratios (helping you lean towards a lower risk of breast cancer), improve testosterone levels, increase cycle length in women with sort cycles, and improve the number of ovulatory cycles in women who are not ovulating on their own.

Of particular interest is the reduction in breast cancer risk with flax. In multiple Canadian studies associations with lower breast cancer risk has been found in women who eat even marginal amounts of flax in their diet. Adolescents (who appear to be at greater risk from environmental estrogens causing tumours) have greater protection over their lifetime when they incorporate flax. Pre and post-menopausal women (especially if they are overweight) have upwards of a 20-30% reduction in breast cancer rates when they eat flax on a regular basis.

Although this is wonderful news, there is a significant drug-nutrient interaction between antibiotics and flax, that may hinder the benefits of eating flax. When flax lignands are eaten, the hormone benefits depend on an interaction between the nutrients in flax with your gut bacterial. Gut bacteria play a significant role in maintaining hormonal health by encouraging elimination of estrogens rather than accumulation and we see interactions between hormonal drugs such as contraceptives and antibiotics for this very reason. Without gut bacteria, flax is not converted into enterolactone, which is the circulating phytochemical that exerts the positive effects we see from flax.

Multiple studies have started to show an association with antibiotic use and lower levels of circulating flax. One particular study showed a dose-dependent reaction, meaning the more antibiotic prescriptions someone had in a year (man or woman) the lower levels of flax (enterolactone) they had in their blood. For every prescription, flax concentrations lowered by 16%. They also noted that it took months for patients to recover to their “pre-antibiotic” flax levels, with a rebound of only 8% enterolactone per month after finishing their prescription.

What does this mean for us? It reminds us that hormones are complex, and that breakthrough symptoms in your hormonal plan doesn’t mean that your treatment isn’t working, it could mean that something else is in the way. It also points to the importance of recovery after antibiotics, meaning that you should have a prescribed probiotic during and after your treatment to avoid drug-nutrient interactions.