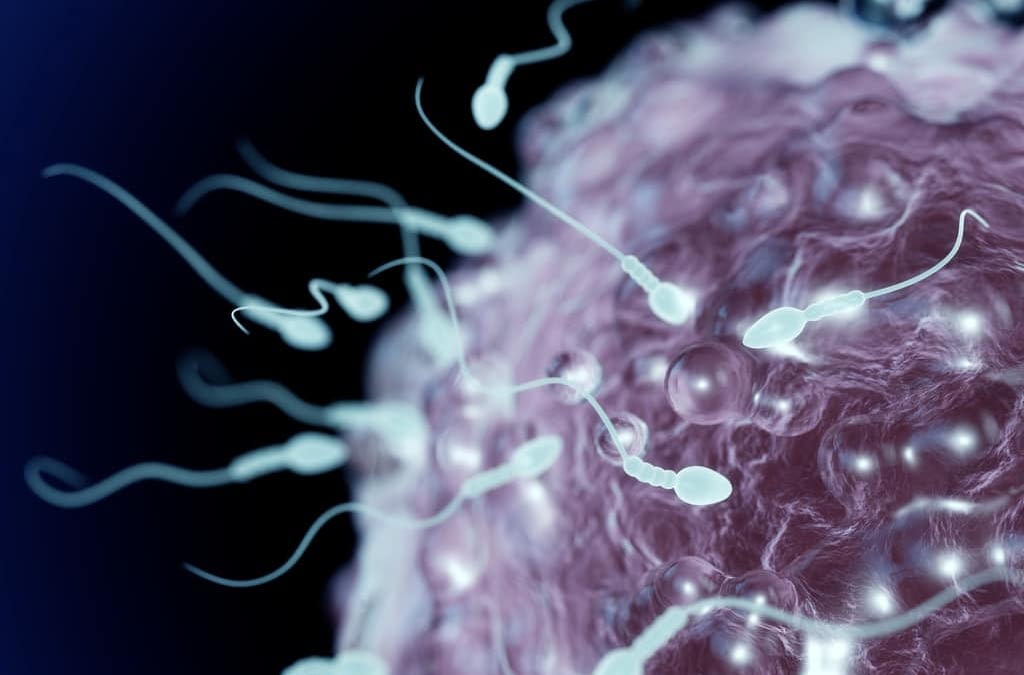 Evaluating male fertility has never been a significant focus in conventional medicine, especially with the advent of more advanced reproductive technologies. Most ‘causes’ or concerns of male fertility can be “jumped over” with the technology used during intrauterine or in vitro inseminations, and as a result, we rarely spend time evaluating male partners, nor do we search for underlying causes of infertility that could be solved with a practical treatment plan.

Up to 25% of infertile couples in Canada never have the male partner evaluated.

Toxic or significant medications or procedures such as chemotherapy and radiation cause major reproductive disruption, and most screening questionnaires for men look for past exposures to these toxic drugs or treatments.

What is less commonly assessed is the use of very common, and generally safe medications, and how they may be impacting a male’s reproductive health.

One research group has examined the FDA approved drugs that that have been shown reproducibly to lower male fertility(1), and more recently, a group of researchers have collected the data on each major drug class to evaluate the impact of these common (sometimes over the counter) drugs on sperm health(2–5).

Here is a list of the three most commonly prescribed drugs that impair fertility, that can be supported in part by your Naturopathic Doctor.

Antidepressant medications impact sperm health by decreasing libido, and the frequency of ejaculation. Often used to treat premature ejaculation, the antidepressant class of drugs can lower sex drive, and reduce the frequency of intercourse in a couple. Reducing the frequency of ejaculation actually increases sperm damage by damaging DNA. Paxil (Paroxetine) has specifically been shown to lower sperm count(6). Fortunately this class of drugs does not seem to impact hormone levels related to fertility. There are solutions for SSRI induced low libido and antioxidant nutrients that may counteract the effect of these medications on fertility.

Most of the data on Tylenol and Acetaminophen based drugs has been conducted in animals, where as little as one dose reduces sperm production for up to 10 days! The equivalent human studies have shown a reduced “time to conception” (meaning it takes longer to get pregnant) in couples where the male partner reports regular acetaminophen use, and the higher the Tylenol found in his urine, the greater difficulty the couple had getting pregnant. Depending on the cause of the pain and reason for use, working on lowering the need for analgesics may be an effective addition to a fertility plan for men undergoing fertility treatments.

Men who use acid suppressing drugs for reflux have lower sperm counts on average then men who don’t use medication to control their stomach acid. Although the mechanism has not yet been determined, research is pointing towards changes in folic acid (a very important fertility nutrient) and homocysteine (a by-product of folic acid metabolism that causes infertility and miscarriage if elevated). If men are currently using medication to control their stomach acid, advocating for a test of serum homocysteine, B12 and folic acid levels may help understand the added risk from these medications. There are dietary strategies to lower homocysteine that can improve a couple’s chance of conception.

There are many other classes of drugs that impair fertility, as do many common hormonal supports. Even taking testosterone can lower fertility, as it suppresses a man’s own production, and interferes with the normal hormone balance required for sperm production(1).

When male patients are evaluated for their future fertility, a drug inventory can give significant clues into the potential causes of low counts, poor quality or otherwise unexplained infertility. There are solutions for over-medication in many cases, or nutrients and antioxidants that can help overcome the challenges faced with daily medication use.

If you are exploring IVF or IUI as a treatment option for infertility, the health of the sperm matters. Despite ‘skipping’ this step with technology, studies show that healthier sperm leads to better success with reproductive technologies(8).